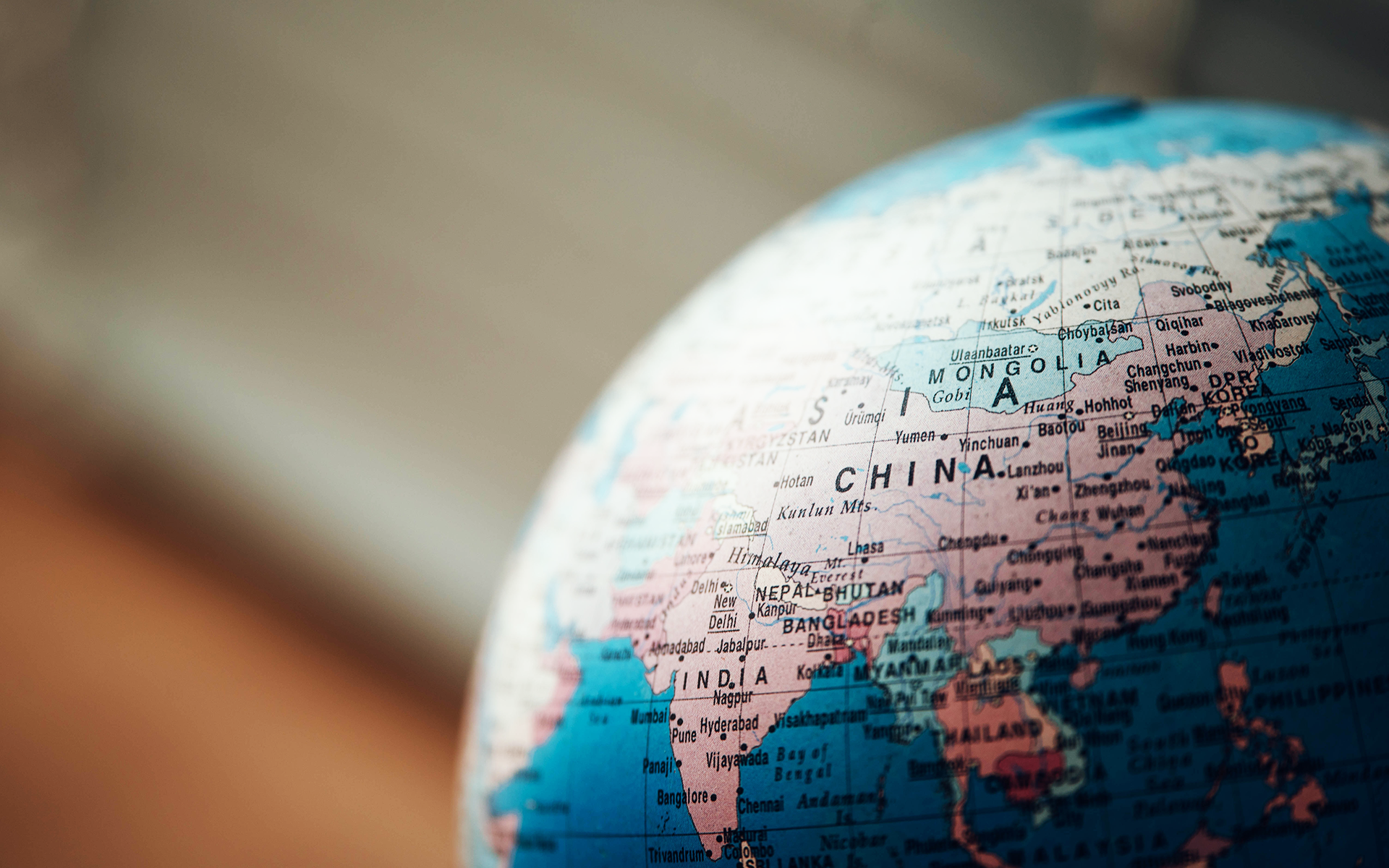 Get your Assets out of Hong Kong Now!

For those of you who know me or who have listened to me speak at conferences, you will know that I have been saying for years:

“If you hold assets like Gold or Silver in a Vault or Safe Deposit Box or have bank accounts in Hong Kong, you need to get them out of there as soon as possible!”

In the past I have spoken about the raiding of Safe Deposit Boxes within HSBC Bank in Hong Kong, where the bank opened all of the safe deposit boxes to catalogue what was inside and then notified clients after the fact, you can read this article here.

If you are  following current international news at the moment you would have noticed some alarming developments from mainland China, starting last week with the headlines about the new ‘National Security Law’ and the protests that have followed over this last weekend hitting front page news around the globe.

China has gone so far as to brand the protests taking place as terrorist acts. I personally believe that it is very clear message that it is only a matter of time until mainland China will completely ignore the ‘One Nation Two Systems’ treaty which is set to expire in 2047 and will take complete control of Hong Kong in the knowledge  that there is very little anybody will be able to do about it.

One of the indicators that reinforces this, is that Beijing decided to replace its top representative in Hong Kong, Wang Zhimin, with Luo Huining who has a reputation of being an ‘Enforcer’. Mr. Lou has served as a top official, the Communist Party secretary, in two provinces and appears to be very politically loyal and well experienced in enforcing tough security measures.

Do I think China is going to stop at the takeover of Hong Kong?

Honestly I would have to say no…

I am not an expert on China by any stretch of the imagination but I believe that the writing is on the wall for the far east.

I say this based not only on China’s proposal of the new National Security Law and its appointment of Mr. Lou but also on China’s attitude towards Taiwan which took a big jump last week with the change of a single word. During China’s “Two Sessions” meeting, their annual meeting of the Chinese People’s Political Consultative Conference (essentially a political advisory board of over 2,000 members) and the meeting of the Chinese legislative body the National People’s Congress, China dropped the word ‘Peaceful’ from their plan for ‘Peaceful Reunification’ with Taiwan.

Reading between the lines, China has decided that it is time to rethink their strategy on Taiwan and take it over by whatever means they deem necessary, including non-peaceful ones. This does not bode well for the region as a whole.

I want to reiterate that it is crucial to get your assets out of Hong Kong and possibly out of any location in the Far East, NOW! You may not be able to do so in the future.

While I am not advocating that you move your goods to our vaulting facilities, I would recommend that you look for a good Privately Owned Offshore Vaulting or Safe Deposit Box Facility and make sure that your assets are safely out of China’s control.

The reason I say a Privately Owned Offshore Vaulting Facility is that there is talk of Government confiscation looming again but that is a topic for the next newsletter.

If you are interested in learning a bit more about the current situation in Hong Kong and why it is important, keep reading…

A little bit of history about Hong Kong, In 1839, the Daoguang Emperor rejected proposals to legalise and tax opium and ordered imperial commissioner Lin Zexu to eradicate the opium trade. The commissioner destroyed opium stockpiles and halted all foreign trade triggering a British military response and the First Opium War. The Qing surrendered early in the war and ceded Hong Kong Island in the Convention of Chuenpi. However, both countries were dissatisfied and did not ratify the agreement. After more than a year of further hostilities, Hong Kong Island was formally ceded to the United Kingdom in the 1842 Treaty of Nanking.

The Imperial Japanese Army attacked Hong Kong on 8 December, 1941, the same morning as its attack on Pearl Harbor. Hong Kong was then occupied by Japan for almost four years before Britain managed to regain control on the 30 August, 1945.

The population of Hong Kong rebounded quickly after the war, as many skilled Chinese migrants fled from the Chinese Civil War, and even more refugees chose to flee across the border when the Communist Party took control of mainland China in 1949. Hong Kong then went on to become the first of the Four Asian Tiger economies to industrialise during the 1950s.

By the early 1990s, Hong Kong had established itself as a global financial centre and shipping hub, but the colony faced an uncertain future as the end of the New Territories lease approached, and Governor Murray MacLehose raised the question of Hong Kong’s status with Deng Xiaoping in 1979. Diplomatic negotiations with China resulted in the 1984 Sino-British Joint Declaration, in which the United Kingdom agreed to transfer the colony in 1997 and where China agreed that it would guarantee Hong Kong’s economic and political systems for 50 years after the transfer, until 2047. The impending transfer triggered a wave of mass emigration as residents feared an erosion of civil rights, the rule of law, and quality of life. Over half a million people left the territory during the peak migration period, from 1987 to 1996. Hong Kong was transferred back to China on 1 July, 1997, after 156 years of British rule.

Immediately after the transfer, Hong Kong was severely affected by several crises. The government was forced to use substantial foreign-exchange reserves to maintain the Hong Kong dollar’s currency peg during the 1997 Asian financial crisis, and the recovery from this was muted by an H5N1 avian-flu outbreak along with  a housing surplus. This was followed by the 2003 SARS epidemic, during which the territory experienced its most serious economic downturn.

Political debates after the transfer of sovereignty have centred around the region’s democratic development and the central government’s adherence to the “one country, two systems” principle. After reversal of the last colonial era Legislative Council democratic reforms following the handover, the regional government unsuccessfully attempted to enact national security legislation pursuant to Article 23 of the Basic Law. The central government decision to implement nominee pre-screening before allowing Chief Executive elections triggered a series of protests in 2014 which became known as the Umbrella Revolution.

Discrepancies in the electoral registry and disqualification of elected legislators after the 2016 Legislative Council elections and enforcement of national law in the West Kowloon high-speed railway station raised further concerns about the region’s autonomy.

In June 2019, large protests again erupted in response to a proposed extradition amendment bill permitting extradition of fugitives to mainland China. The protests continued into December, possibly becoming the largest-scale political protest movement in Hong Kong’s history, with organisers claiming to have attracted more than one million Hong Kong residents.

The Joint Declaration guarantees the Basic Law for 50 years after the transfer of sovereignty although it does not specify how Hong Kong will be governed after 2047, and the central government’s role in determining the territory’s future system of government is the subject of intense political debate and speculation. Hong Kong’s political and judicial systems may be reintegrated with China’s at that time, or the territory may continue to be administered separately. The prospect of Hong Kong being allowed to be administered separately given the recent events seems very unlikely.

The CATO institute creates a human freedom index with the 2019 edition listing Hong Kong very highly, which is great, were it not a special region of China, which it lists at 126 out of 162 countries, only 6 places up from Sierra Leone. If China continues exercising its influence in Hong Kong, which it has been doing over the last 10 days we could see the highly rated Hong Kong rapidly declining to join the mainland’s index for human freedom.

The concerns we here at Fort Kobbe have are that events are moving very quickly now in Hong Kong, the tolerance for dissidence is declining rapidly and the current actions being taken are in our opinion heavy handed. We have no idea how quickly the suppression of the incredible system that has been the basis on which the financial system was built, will affect business, banking and the storage of financial assets. But we do know that it is always better to be ahead of the change if possible.

The Covid-19 has also alerted us to the potential lack of access to assets in overseas locations, Panama is accessible by land, air and sea only a few thousand kilometres from the USA instead of being halfway around the world in what appears to be becoming an increasingly hostile environment.

If you would like to find out more about the storage and the movement of your assets to our facility, please click here and contact us so that we may help you start the process.