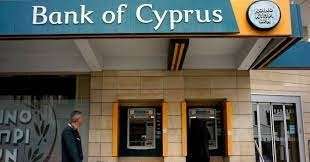 In order to protect your assets, you must understand the relationship you have with your bank.

What is a “bail-in”? How can a “bail-in” affect your rights as a depositor?

A legal fact is that the money you have deposited into your bank is a loan you have made to your bank, for which you earn interest. The bank takes your money and loans it to others and makes money based on the differential in interest rates as well as fees. If the bank is on unstable financial grounds and your money is sitting in bad loans or the bank’s investments which depositors are unaware of, this ultimately becomes the problem of the depositor as the creditor, i.e., you, the individual. Shockingly, the percentage of the public that truly understands this legal reality is still relatively insignificant—most people think of fiscal risks, not legal risks.

So, what is a “bail-in”? And how does it affect your rights legally as a depositor?

A “bail-in” is another form where banks and financial institutions are rescued and where the responsibility is transferred from taxpayers (in the case of a bail-out which is what happened in the 2009 Global Financial Crisis) to depositors, which is you in this case, the depositor. This was first introduced in 2010 via an executive bill signed by President Obama as a direct result of “bailing out” the 2008 “Too Big To Fail” banks and financial institutions. Believe it or not, the bail-in technology software was first developed in New Zealand back in 2007 and then implemented into all banking systems around the world soon after. Basically, with two mouse clicks all or a percentage of your bank account funds can be used to be bailed in to help bail out the Bank. This technology is in all banks all over the world via the international SWIFT system.

In other words, “bail-in” will not add to the government’s deficit (as it did in 2009) and it will allow banks and financial institutions at risk of failing to take some or all of your deposits to bail themselves out.

So, will a “bail-in” likely happen? With our economy heading toward a possible recession, inflation at an all-time high, and the housing market in a bubble, the financial market’s,  uncertainties are looming over the heads of all citizens of the world.

Will banks be able to unwillingly hold the money of your hard-earned labor if another 2008 scenario crash is to take place? Well, in addition to what happened in recent years in Canada, Greece, Cyprus, and Venezuela suggest that it’s likely possible. Cypress was the first country to enact the bail-in protocol, in fact, commonly viewed as a test case for future scenarios. Currently Beirut, Lebanon banks have seized millions of accounts for the past two years where the depositors are on a financial lockdown.

In the ancient world and centuries in the past, precious metals ownership was essential to insure yourself against authorities, kings, rulers, and governments, and their legislative reach over your wealth. The reason being precious metals can be moved if needed to safer jurisdictions to sell in times of crisis when needed. To summarize precious metals are not to be considered an investment, always view precious metals as insurance. The same as house insurance functions is that you need to have the insurance policy in place before the house burns down, the policy cannot be purchased after the calamity strikes.

When weighing up the possibility of this happening in the future for your personal wealth, consider it in percentage terms. Is there a zero-percentage chance this could happen or is there a one-hundred-percent chance this could never happen, the risk of it never happening is worth the consideration? If you told me five years ago that recent world events were going to happen I would have said you are crazy, now I do not consider this an absurd scenario anymore. Therefore, think about what might or might not happen in the next five years going forward, significant changes to the likes or dislikes the world has never seen before are on the horizon!

If you would like any further information about the storage of gold and silver please do not hesitate to contact us by clicking here.