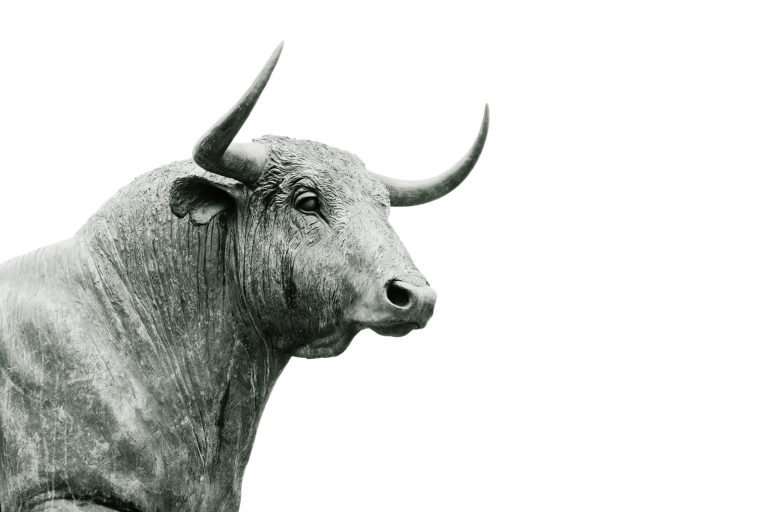 An Offshore Gold IRA Beats Riding the Bull Every Time

A gold IRA is quickly becoming one of the more popular individual retirement account (IRA) options for smart and determined investors and retirees who want to diversify and protect their nest egg.

In fact, a gold IRA is a self-directed IRA and can encompass any combination of four precious metal hedge investments, including: gold, silver, palladium, and platinum.

A gold IRA can either be a traditional IRA or a Roth IRA. You might have a real decision to make here because both kinds of IRAs have different tax incentives: the contributions of a traditional IRA are tax deductible, but your withdrawals are taxed at pretty high income rates.

A Roth IRA, on the other hand, features tax-free earnings and withdrawals but you pay for contributions.

Wise to Ride the Bull? Reasons to be Cautious

This might seem like an odd time to want to diversify your investments beyond cash, stocks, and bonds. An odd time…until you look a bit closer at what’s really going on.

The Standard and Poor’s 500 – a stock-market index based around the market capitalizations of the 500 largest companies – soared to an all-time high late last month and the bull market is one of the longest, if not the longest, on record.

So, what’s the problem? You should put all of your money in an indexed mutual fund and call it a day?

The fact is that stock markets around the world are interconnected with one another and investor panic in one market can quickly touch off panic in the U.S. stock market (economists call this phenomenon “contagion”).

The Dow Jones had its worst point drop ever earlier this year over fears of rising interest rates, tumbling stock prices, and a jobs report that showed too much wage growth.

Even relatively mainstream financial commentators like Jim Cramer from “Mad Money” are talking about the fact that corporate stock buybacks are creating a stock shortage that’s artificially skyrocketing the value of shares without creating actual value for the economy.

Isn’t there a way out of all this madness? A way to shore up reliable, diversified, growth-oriented, and safe investments?

A gold IRA might be the new “golden parachute” out of this insane system filled with central banks cheering on “market corrections” and inflating your money away by goosing up interest rates.

Millions of Americans had truly had enough of this crazy system once the housing-market collapse, financial panic, and open handed bank bailouts upended the economy…and many investors’ portfolios.

Getting a Custodian and Setting Up a Depository

Since the Great Recession (truly a euphemism of historic proportions) creating a gold IRA has become much easier. A gold IRA is a self-directed IRA that came out of the Taxpayer Relief Act of 1997.

With this kind of IRA you basically need two things to get the ball rolling: A custodian for your gold IRA and a reputable depository (gold storing place), preferably in a country other than your home country.

Rolling Over Your Retirement Funds into a Gold IRA

Nowadays there are companies that treat gold IRAs as a one-stop shop by offering you custodian accounts, IRS-approved gold bars and ingots, and a private depository to store your gold.

You can also rollover your current 401(k) or 403(b) retirement plan into a gold IRA via a direct, trustee-to-trustee, or 60-day rollover process.

Whether you start a new gold IRA or rollover your existing retirement funds into a gold IRA, you’ll want to buy physical gold (through a gold “broker”) rather than gold stock, mining rights, a gold mutual fund, or an exchange-traded fund.

Gold is only a hedge if you can get to it quickly and actually hold it or have secure control over it and know that it is always available to you when you need it most.

Unlike a mutual fund that’s “professionally managed” and subject to the whims of the stock market, a self-directed gold IRA gives you actual control over your investment.

A gold IRA empowers you to make individualized investment decisions. Holding your gold IRA offshore protects and diversifies your retirement assets. This ensures that you are not keeping “all of your eggs in one basket” and so are less exposed to political or economic upheavals that might occur in your home country.

The simplest way to offshore and protect your gold IRA is through an IRA custodian and service who are familiar with both gold IRA’s and moving retirement accounts overseas.

Who do I talk to and where do I go?

Our recommendation is to speak with Sam Hall at Harbor Financial Services.  Harbor can assist you with transferring your retirement account offshore and investing it into gold and other precious metals.